Carrefour and Google: a match made in heaven?

Here at DataLab, we have been monitoring the increasingly frenetic pace of change in the French supermarket sector over the last 12 months. After some wild speculation about Amazon´s plans to buy the supermarket chain Carrefour, this week saw an announcement from the French retailer that should cause management teams across Europe to sit up and pay attention. 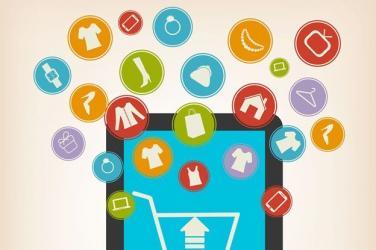 Europe´s largest retailer has reacted to an increasingly competitive market in France by entering into a strategic partnership with the tech giant Google to create a “new grocery shopping experience” for its customers. From 2019, Carrefour customers will be able to buy Carrefour products through the Google Assistant connected speakers such as Google Home as well as a new Google shopping website in France.

Carrefour has seen lagging behind its peers for several years now in terms of e-commerce with a 9% market share, compared to the market leader E.Leclerc and has pledged to significantly increase its digital investment to €2.8bn over five years.

Why did Carrefour choose Google over Amazon?

Amazon finally made its entry into the French retailing sector in March of this year when it signed a distribution partnership with the Casino owned Monoprix chain that allows the retailer to sell its products via Amazon´s Prime Now service. As Monoprix´s CEO told the Financial Times at the time, “The competition in France is very fierce already and so having one more devil in the bed makes it more fun. Amazon was coming to France anyway, so you don’t put your head in the sand, you need to be sensible and strike deals…”

However, in the wake of Amazon´s take-over of Whole Foods last year, Carrefour will have been aware that Google has made some important agreements with major US retailers such as Walmart and Target in a bid to retain their respective market shares.

Google´s ability to reach customers via advertising is what really attracts these retailers. The product expertise and know-how in logistics and sales that these FMCG giants bring to Google will help it to innovate even more.

In addition, three months ago, Google launched its Shopping Actions program that enables retailers to seamlessly reach consumers across channels and connect their shopping experiences accordingly. Participating retailers are charged on a cost-per-sale basis and can see their products highlighted through traditional search, Google Express, and Google Assistant, as well as on different devices, enabling retailers to reflect their consumers shopping habits.

We are particularly interested in the feature of this program that lets consumers link customer loyalty accounts through Google, allowing Google to serve personalised results based on their purchase history. Target, which aims to link Target.com to Google accounts, has been live with the program for 9 months and says its Google Express shopping baskets have increased by an average of nearly 20 percent.

Google has arguably the highest-quality speech recognition in the world right now, thanks mainly to its ability to decode language from infinite numbers of real-world searchers. Every single time someone clicks on a link, they are also giving Google valuable data about information delivery.

Implementing a culture of innovation

Google will also have a crucial role in implementing a culture of Innovation at Carrefour and the French retailer will open an innovation lab in Paris this summer with Google Cloud to work on developing new services based on artificial intelligence. Google will also help train 1,000 Carrefour employees in new technologies over the next six months to help prepare for the change. Carrefour will even adopt Google tools such as Gmail for more than 160,000 of its staff.

The European FMCG market finds itself in a process of change as it struggles to meet the needs of the millions of consumers with rising expectations of seamless shopping experiences. It seems that Carrefour´s new digitally-minded CEO Eric Bompard is determined to rise to these challenges to give consumers what they want, wherever and however they shop with the retailer.

Cecilia Floridi is a Customer Management expert based in Düsseldorf, Germany. She is also the Managing Director of DataLab GmbH.