In this entry we highlight the features of the wining entry of the “Loyalty without a Name” category at this year´s Loyalty Magazine Awards.

Category: Loyalty without a Name

For the first time this year, the Loyalty Magazine Awards recognised the growing trend for loyalty initiatives without a traditional program structure. These companies are achieving brand relevancy, return visits and increased levels of customer loyalty without the framework of a specific program.

The winner of this year´s “Loyalty Without a Name” category was the leading Italian, multi-branch insurer UnipolSai Assicurazioni, a specialist in non-life insurance and especially in TPL motor insurance. 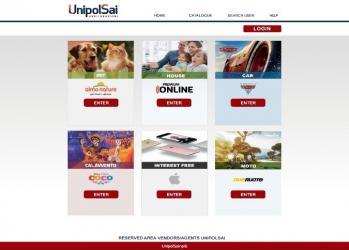 In 2015, the insurer launched its “Ghost Loyalty” program based entirely on marketing intelligence strategies. Its focus is on increasing engagement without an explicit awareness of participation in a loyalty program, to ensure the insurer remains a valuable part of its customers´ lives. For this to work, interactions are more focussed on relational interaction type than customers´ spending patterns. Customers are rewarded for interacting with the brand via a series of highly relevant and attractive competitions and promotions.

What we like about the program: an innovative, customer-centric approach to loyalty in a complex and highly competitive sector

At first glance the insurer´s successful co-marketing projects with brands such as Disney, Amazon and Mediaset may seem unrelated. However, though the omnichannel campaigns may not follow the same procedures, they all form an integral part of the same overall behavioural marketing strategy.

Indeed, thanks to UnipolSai´s “Ghost Loyalty Platform”, the insurer retains the ability to map and analyse all user interactions between the brand itself, the Group´s influential salesforce, its partner brands and its customers. This powerful tool has allowed UnipolSai to create relevant customer profiles, based on real-time behavioural information. This ensures an effective 1to1 dialogue that responds and anticipates future customer requirements.

It has also helped the insurer to take the next step. This year, UnipolSai customers who access their online profiles are discovering that their interactions with the insurer since 2015 have been rewarded with POP coins, UnipolSai´s virtual currency. Redemption possibilities include entry for customers and their families to prize draws from brand partners or access to specialist in-house insurance products.

UnipolSai´s aim is to turn customer loyalty initiatives into a competitive advantage by creating a positive experience with relevant rewards that promote increased interaction with the brand, its partners and its sales force over time.